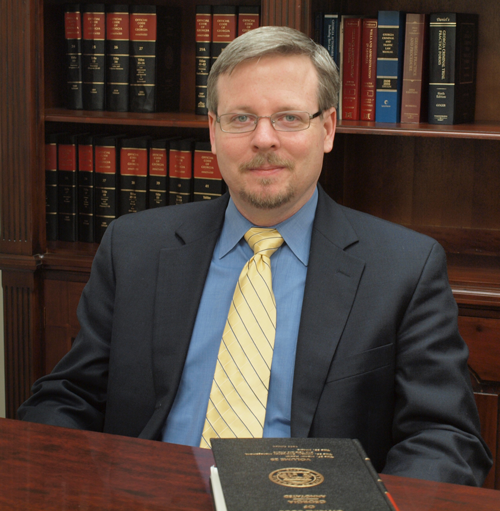 Mr. Nagel graduated from the Georgia Institute of Technology with a Bachelor of Ceramic Engineering in 1995 and a Master of Materials Science and Engineering in 1997. He worked as a Senior Engineer at Intel Corporation for almost 8 years in Arizona before deciding to move back to his home state of Georgia. He attended Mercer University’s Walter F. George School of Law where he was a member of the prestigious Mercer Law Review. He was also on the Student Editorial Staff for the Journal of Southern Legal History and was awarded the Gurrery R. Moore Insurance Award for the student with the best performance in insurance law. Mr. Nagel graduated Mercer law school with honors. While in law school, Mr. Nagel worked as a law clerk for a well-known personal injury firm in Macon, where he worked on personal injury and wrong death cases. He also had a practicum at the Macon Judicial Circuit District Attorney’s Office, where he prosecuted cases under the third-year practice act.

After graduating, Mr. Nagel worked for a year as a Judicial Law Clerk for the Superior Courts in the Ocmulgee Judicial Court. He then worked for a year and a half as an Assistant Public Defender in the Macon Judicial Circuit. As an Assistant Public Defender, Mr. Nagel represented adults and juveniles accused of various crimes such as murder, armed robberies, aggravated assault, and felony domestic violence, as well as drug offenses, property offenses, such as theft and forgery, and probation violations.

In addition to his practice of law, Mr. Nagel has been on the Board of Directors of the Barnesville Lamar County Chamber of Commerce.

“Representative government and trial by jury are the heart and lungs of liberty. Without them we have no other fortification against being ridden like horses, fleeced like sheep, worked like cattle, and fed and clothed like swine and hounds.”

The attorneys at Pasley, Nuce, Mallory & Davis, LLC have the compassion and trial lawyer skills to tell your story to a jury.

I am very blessed to have Adam and his team work hard for me in this accident case. I would let anyone know about this firm and recommend them. Thanks for taking care of me.

When my wife and I decided that divorce was our only option…I literally didn’t know what to do. I hired Chad Nuce…honestly that was the best decision I’ve ever made. Especially for something so important. He was extremely careful to make sure that everything he did was in my best interest. I would definitely recommend him to anyone!!